You would not think so, given how much the gender question factors into my day to day life but there is perhaps no place where it’s more pervasive than in my work as a professional translator. Gender, and more specifically how to work with it so as to best make a translation accurate and correct (though, as with any translator I refuse to quantify what an accurate translation is) is a topic that comes up again and again and, as with many questions in the practice of translation (other questions I will get into further in future posts) it evades the simple, obvious and often standard treatment. Gender, and how its displayed and it affects a translation is one of those things that trips even the most weathered translator and the reason it does so is because it tends to sneak up on you – It’s never thought as one of the the great challenges of a translation but as an element – something that’s part of it – it defies a standard treatment. You can’t put gender questions in a list, or a box, because every time it shows up it requires an unique, personalised approach.

And this isn’t just because the topic of gender identity is one near and close to my heart. While  gender can indeed be political, as it often is, this isn’t just about correct pronouns, as it isn’t just about maintaining agreement, a linguistic concept that is always at the forefront of a translator’s mind. No, there is a lot to gender that I will explore, much of it in this post, and often with examples. It’s a nothing burger, a dillema in translation that defies the ideological and the logical, a question that runs beyond the grasp of grammar and one that is prone to reveal the distracted translator. But it can also be much more, it can also make or break a story, it can define the whole of a work or it can ruin the most well thought of plot twists. Indeed it is a tricky one to manage. 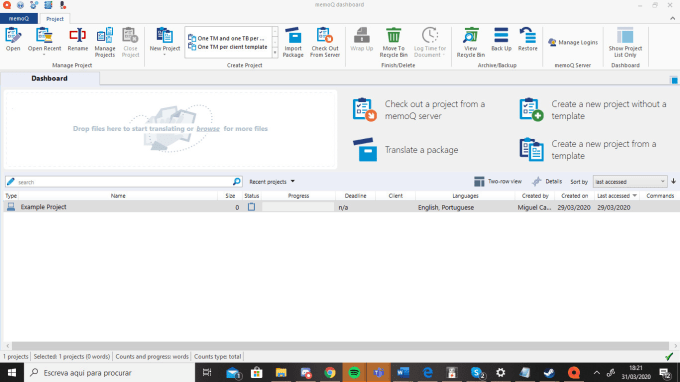 [Gendered Languages – Those A and E that (might warrant a rewrite]

I’ll start this off by briefly talking about the concept of gendered languages, that is languages that feature the grammatical gender. It is a fascinating and well studied concept in the area of linguistics with interesting implications in other areas of social studies (I point you to the example of the word computer – and the debate over whether or not to make it a male or female word and how differing cultures dealt with it) but for now all that you need to know is that there are several languages which assign any noun or word with either a male or female form.

English very rarely does this, in fact it is mostly through culture and language that I can think of a few examples where they do it, such as refering to ships as “She”, but this is one of those things common to a lot of languages that you would not think would cause you trouble when translating but, in fact present themselves as a very obvious problem. There are far more wide reaching implications but one of my favorite ways of showing the problem is with Emily Dickinson’s poem “Because I could not Stop for Death”. While it is a beautiful poem, and one of my favorites I can demonstrate the problem with just the first few lines.

Think of death and, depending on where you were raised and what pop culture you’ve grown up on your personification of the concept will be different. Now it could be that you imagine the Neil Gaiman character, or the Discworld one by Sir Terry Pratchett, it might be that you’re picturing this hooded figure, the reaping sickle in its hand, or it might be that you don’t think of skeletons, or black hoods, or mummies but rather see it as a concept and not a figure. That is fine – but what I ask you to consider is how the word “death” varies in gender between languages. 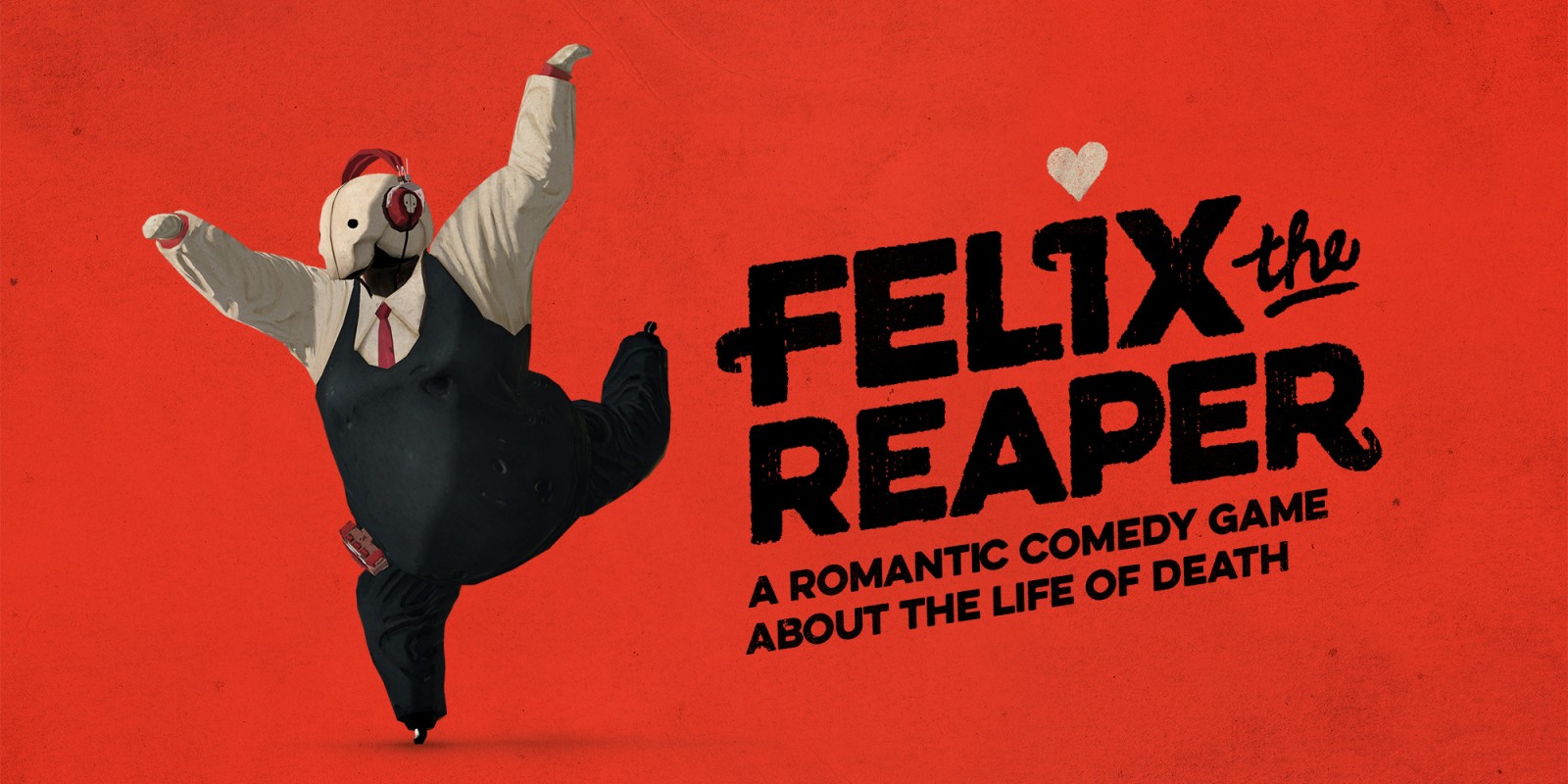 Or you can picture it as Felix the Reaper, that’s an option too. (Seriously, good game, I definitively recommend it).

It’s “La muerte” – in Spanish, and “A morte” in Portuguese, while in Dutch and German it would be a male figure – note that we are refering to the figure itself – the representation of the concept – and not the verb or word for death as an action. More modern representations of it present it as genderless but even that is far from a common thing. Different languages have a different gender for death and that affects how it’s portrayed.

So to get back to the 19th Century Poem by Emily Dickinson the question how to single handhely refer to Death as both male in the poem and yet avoid an anachronism? Do note that the modern representation of death as this hooded figure with a scythe is relatively recent – far more recent than the date of publication of the poem – so that cuts our options a fair bit.

The fun bit about translation is that there isn’t just one solution, and depending on one’s needs one solution might not be more or less correct than another. So for example an alternative would be to avoid naming it directly as death but refer to it (him in this case) by a concept that calls it to mind.
Because I could not stop for Death –
He kindly stopped for me –
could be feasibly translated
Porque pela Morte não pude parar
Por mim parou com amabilidade
Which in a rought translation would be:
Because for Death I couldn’t stop
For me, it kindly stopped
It might seem like an obvious, almost literal translation when one consider Translation is

far more than exchanging a word for another that means the same in the target language (or the language to which it’s been being translated to) but what I did was somehow more subtle.

I have intentionally shifted the Death mentioned from a singular figure – The character of Death, Him, to the concept itself – the act of dying. Now this opens up a wholly new can of worms – about translators pushing their personal interpretation of the poem over the original when translating it – because it might not be about dying (and in fact the rest of the poem sort of implies otherwise) but this is but one of the options. There are others, many others but as with anything in translating things get harder…

[Refering to the player – Assume, generalise, or rewrite]

Suppose you’re translating a video game tutorial for the player, teaching them the controls and how to perform the simplest of actions and the game aims its tips and guide like suggestions not at the player the character is playing as, but rather to the player itself.

It is a situation I found myself dealing with the other day. There is a clear difference between a mentor like character teaching Link to Z-Target or Fox Mcloud to do a barrel roll  and it simply telling you, the player how to do it. Let’s take a line from a game I’ve playing recently  as an example to best illustrate what I mean… 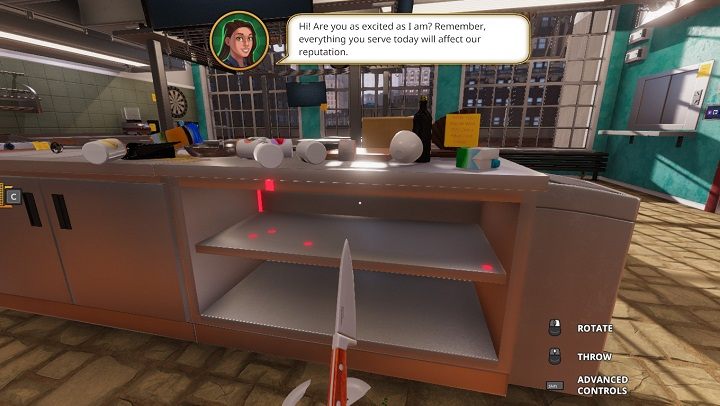 Ignore for a moment the fact there’s much more literal messes in this kitchen than the ones in my translation document. Just read the textbox above

How would you translate this when you are aware that there is a different form of the same adjective, same word, same job, for both male and female?

Most languages, it seems, when there’s a clear defining sign of gender tend to default to the male version of the word. That’s true of Portuguese as well, to the point where if there’s one guy surrounded by 30 women, beyond being a lucky guy, you refer to the whole group in the masculine. The masculine takes precedence over the feminine unless there’s not a single person who identifies as male in sight.So that’s the rule, right? If you don’t know the gender of the player when refering to them in a video game, you assume male. – A simple translation of the line above would be:

I have boldened the one word that changes. Grammatic Gender in portuguese is generally done with either an “O” for male at the end, or an “A” at the end for female, “excitado vs excitada” and while that might an option most translators will take without hesitation you can reivent the wheel and rewrite the sentence completely.

By using a popular expression rather than an adjective “in this case “em pulgas” which is a rough equivalent to  be fired up or at the edge of one’s seat we can avoid the gender altogether, a much preferable alternative not to exclude anyone. Now try doing that for a whole game.

But of course even that simple decision might affect things. I was quite young – young enough not to remember – the first time I played Super Mario Land on my GameBoy, not a huge loss when one considers Super Mario Land 2: 6 Golden Coins is one of my favorite Gameboy games of all time but I can vaguely imagine my face when I  discovered that the princess I thought I had rescued, Daisy turned into a monster leading me to face 4 more levels before the same thing happened again.

Sure it’s ultimately a repeat of what happened in Super Mario Bros  so it probably doesn’t come as a huge shock but a question worth asking is, how would you translate the monster poorly pretending to be Daisy and its speech into Portuguese?

Unlike Spanish and its “Gracias” portuguese has a male form and a female form of “thank you”, and if you’re playing attention you already know how it’s formed.

“Obrigado” he said to his best friend

“Obrigada” she said to her best friend
Yup that “O”/”A” question again. But how  would you translate it? Use the female form thus cheating the player for another couple of seconds? Use a male form and clue in the player something’s wrong thus ruining the reveal by revealing it early?
It’s the fact that a tiny decision in regards to gender and how it’s presented can ruin. change or better a work that makes it such a pain in the ass to deal with. This is a lowkey, meaningless example but imagine it happens not in a platformer but an RPG that takes you 30 hours to play through the story – a careless use of the wrong (or, in many cases correct in a literal translation) gender form to refer to the bad guy can ruin the plot reveal. What if you can choose the gender of your character? Does it mean that playing as a boy and as a girl there need to be two different translations of the dialogue?

Different translators will prioritise different things – to the point some gender differences are not yet present in the Spanish Translation of some mainstream games (I’d look at Portuguese examples but there aren’t that many translations into Portuguese. Sony first party titles aside) but I hope this (very) brief discussion presented you with one of the major difficulties when Talking Translation – Gender.

And hey, just between us, there’s a reason this is only talk number 1 – it gets much more complicated – so stay tuned I guess…