When I first started writing Talking-Translation I did not have a plan nor a schedule set up. My idea was simple, through practice and lectures at university I had become aware of a lot of things that go into translation, many of which I could never have imagined before I started my degree and I wanted to share them with the world. It was in part a selfish desire I admit, an archive both for me, so I could revise concepts and ideas I had run the risk of forgetting, and for others so I could point them here when I was told that anyone who knows languages could translate.
In many ways allowing myself the freedom to write about whatever I wanted whenever I wanted makes this more fun for me. I admit, while translating is my job it is something I enjoy doing, and writing about the theory behind it is, in my opinion very enjoyable. There is a but however, in that there are areas of Translation Theory I enjoy far more than others, and when my mind pushes a topic that I don’t particularly enjoy through pervasive thoughts I can’t help but procrastinate on writing it. This draft has been sitting unfinished for over a week now and when I look at the topic I’ve picked for this article I can’t help but be dismissive, a sort of “we have reached this one, huh?” filling me.

Equivalency is probably a translator’s most dreaded word. It sounds silly that it would be the word that a translator dislikes, but it is something that seems common to most.  At a glance it might seem like a confusing idea, isn’t the translator’s job to find a word that means the same and put it across paper or excel sheet or document? Is this a case of I hate Mondays where they look at their workload with not an ounce of enthusiasm or love for it? Didn’t I just say that I love translating?

Translating IS fun, even from the very moment I name the project…

Well, no…or better yet partially no. I cannot speak for every translator on the face of the Earth and I am sure that some do regard it as a nine to five job that they must do but I can speak to the matter of localising and editing your text; It’s not as simple as it might appear at first, and like most other questions that surround translating a text and the theory behind it the opinions are split and there isn’t one right or wrong answer. What we can say however is that equivalency is a loaded word, one that’s spiky and means different things to different people and that can lead you into error should you assume you’re putting “the equivalent word” on the target document.

So first let’s try and define what Equivalent even means, as a word with Latin roots it’s generally thought of as fancier or more high register than a word with Germanic roots which could bring me into a whole new topic regarding linguistics and status but I don’t have the time to go there; No, what is really important here is that as a Portuguese native speaker, a language that much like Spanish, French, Romanian or Italian has its origin in Latin I can easily make out what It probably means. “Same as” would be how I put it but because I like to double-check I went and got the Oxford Advanced Learner’s Dictionary definition: 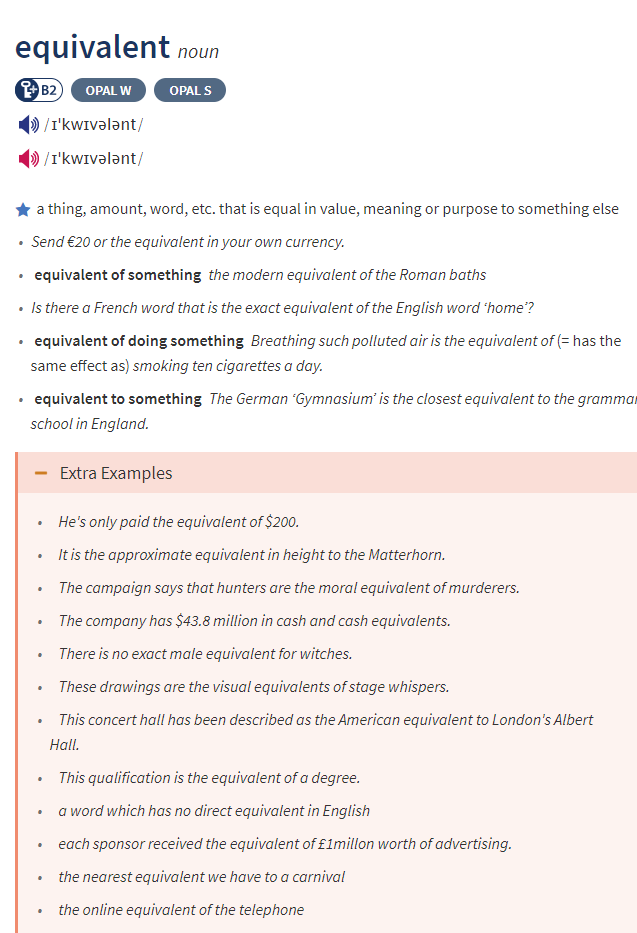 And here is where it gets interesting. Oxford defines it as “equal in value meaning or purpose” and that leads us to a rabbit hole that I’ll do my best to dig us out of. It isn’t a new question by any means, it has been a question that is part of the discourse surrounding translator for millennia and in fact we have texts from the Roman empire where this question is brought up as a way to diminish the role of translator and yet it is one without a concrete answer and that will likely be debated forever. There’s more than one way to look at the question and like with translating there’s more than one solution to the same problem but let me narrow it down to its core question, what do we understand by “equivalent”.

Remember Oxford mentions both meaning and purpose and that is something that must be decided early on because it will affect how we approach the translation of the document, and the final product we’ll deliver. There are times where keeping the meaning is important, vital even the whole point of the translation and there are times where the general purpose suits us fine, but let me showcase it through two examples.

Imagine you have a legal document you’re translating. Translating a legal document has the potencial to go very wrong very fast because most translators aren’t lawyers but with such recourses as EUR-LEX) which allows you to verify any piece of European Union legislation side by side in any of the languages that are officially used in the EU as well as Iate the European Union’s terminological database you have found the correct legal translations for the key terms in the file. It’s not as simple as finding and replacing however, because the English Court System is different from that of many European countries, and you have to adjust the document to reflect that, as contracts in Common Law vary from Civil  Law. Still terms that only exist in one of the languages aside with legal (as well as scientific in most cases) text you stick as close as you can to the original lest you call a prosecutor a defence attorney by trying to come up or use another term.

That’s a definition marked by meaning, yes, but also by purpose within the legal system, as the two concepts are inevitably linked in Technical translation. It doesn’t happen only with legal text, it can be as simple as translating a list of ingredients in a cooking recipe, if the recipe asks for you to season the plate with garlic and onion and you use the word for salting the plate that’s not going to come out very good.

But don’t take cooking advice from me! I BURN my rice sometimes…

In more literary types of translation however, the one this blog mainly focuses on you have a bit more leeway and while you generally want to keep the general idea or meaning, another very dangerous word as interpretations can vary wildly you can have something like this:

He’s got more issues than a magazine!

Now this could not be translated directly, it works, in English because issues has a double meaning as both a regular run of a product, be it a comic, newspaper or something else and issues can also mean problems. That isn’t the case in Portuguese however, as the word for issues does not have the same double meaning. In this case, since the word does not relate you could do something like this.

(he’s got more problems than a math textbook)

Since issues means problem and mathematical problems are a thing, “I have ten oranges, I gave 5 to my friend, how many do I have?” that preserves the idea, in this case that the boy is a troubled kid.

And this also applies to form tenses, adjectives and formalities as well. This is something that happened to me quite recently as I type this but as I was chatting with a friend in English, my attention not fully focused on him as I was watching a Youtube video I sent a message that said “hopefully they’ll be understandable”….not an issue so far, until you realise that I meant not that hopefully my friend could understand them but that, as my friend was having issues with his computer, hopefully they would understand, making the correct form “hopefully they’ll be understanding”. It’s a silly error and one in noticed in two minutes because it didn’t read right to me but the more interesting part is why I did it. Without going into conjugating a Portuguese verb too much because it’s a lot more complicated than English (and I will show an example below) the word in Portuguese is actually composed of to be + an adjective, which isn’t a problem, in fact it’s quite similar to English but compreensivo would, if we were translating suffixes one to one rather than looking at the role the word has in the sentence lead to understandable. If we only look at an equivalent and I still dread every single time I type that word we would find ourselves with an inadequate translation. (the +ivo suffix is used to turn verbs into adjectives related to the verb just like in English Eat -> Eatable hence the error) . 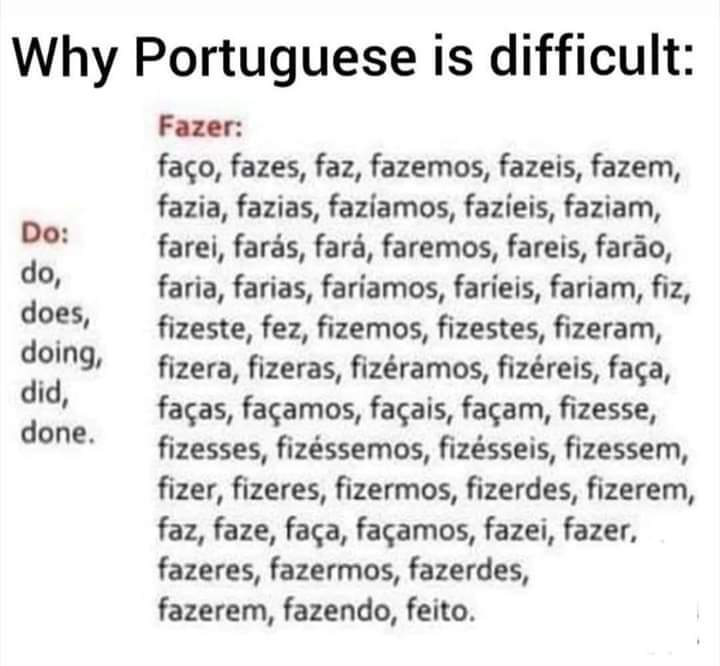 So yes, whether or not you assign equivalency through the one to word meaning of a word or the purpose it serves within is a complicated topic. As I said there are no right or wrong answers, not really and different translators will favour different things. I merely provided examples of what you could do.

And that is why if you see me running down the street, screaming like my hair’s on fire and I am mysteriously harm free then you know, equivalency is probably to blame…