Imagine, for just a moment that you’re me. As terrifying a prospect as that might be, given my huge amount of things that I struggle with, be them my dysphoria, my injured sense of pride or just the pain of knowing that I am probably very far from obtaining the picture of my villagers in Animal Crossing New Horizons you would probably find yourself with the task of translating several video games. Indeed, though video game translation is but an area in the wide world of translation, which as I keep repeating is everywhere from the labels of your food to the websites many of us spend our time on video game translation is a topic that I greatly enjoy translating, to the point that I geared my efforts, and this blog for the most part on it. The question, however, were you in my skin would be how you would translate. What tools would you use and what schedule would you have? What could you expect?

Well although I’ve talked about and given examples to the translation process that is a topic that I will not answer in its entirety today. No, instead as I find myself sick once more, my stomach twisting and my breath hitched the topic that came to my mind was context. It’s a topic that I’ve covered several times before but the reason why I’ve covered it previously and will, in all likelihood continue to cover it is because it’s just that important. We don’t need to go far to understand why context is important but, much I don’t need to go for all the chaos emeralds in a sonic game I’m going to go the extra step and go there anyway. 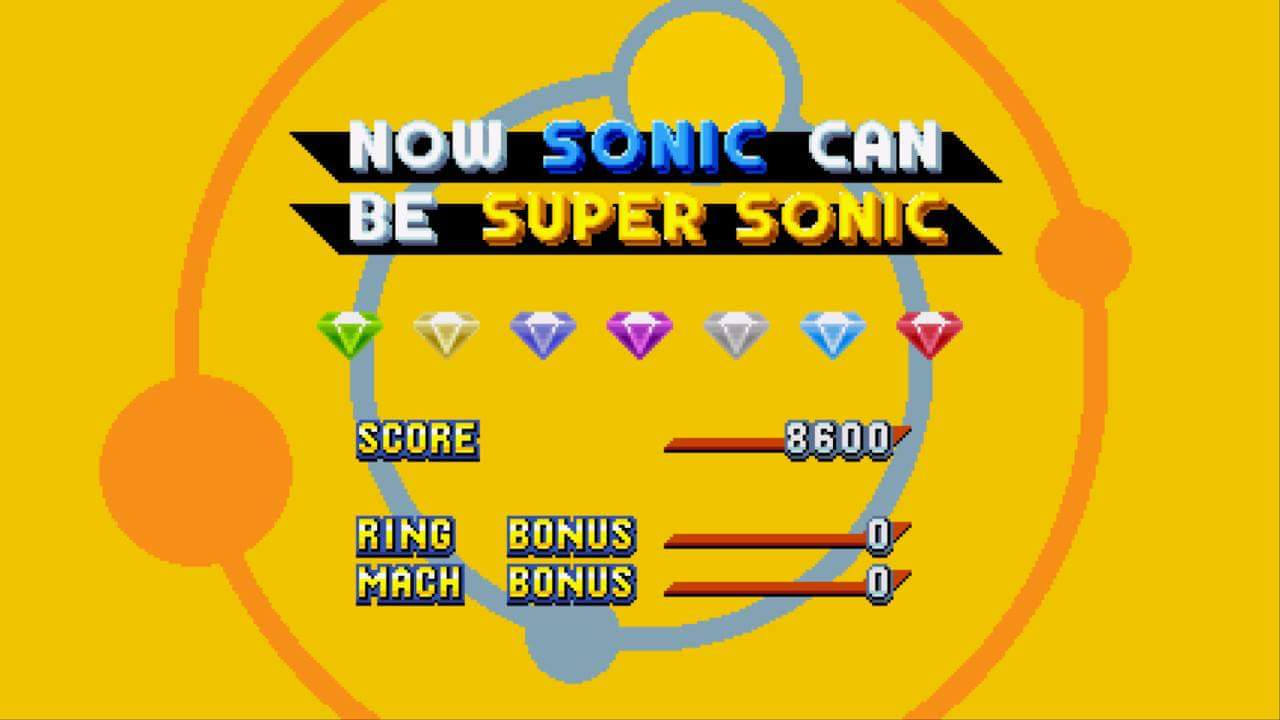 With how I’ve put over 90 hours into Sonic Mania alone, you’d better believe I went for them.

Some developers have asked me how do you translate and at first I thought that that  was a question that seemed a bit silly. How do I translate? Because even after the years that put me so close to a degree (hopefully less than two months now) that was a question that I couldn’t quite get to answer. This blog, more than serving as a display piece for my portfolio, where I put the work I have done and can disclose was formed with much that intent, reveal things that went through my mind and that I took into consideration when I did it. To do served a dual purpose, it both revealed a lot more about the process of translation, and how much it can do and it served for me to revise the theory I had learned at school. That it didn’t have a simple solution, that I couldn’t just describe in a sentence how I translate was something of a moot point, when I could point people to the blog.

But that was never the question. At least, that wasn’t the question when I specified what the people asking how I did it. No, they cared not for why I made some decisions, or what my thought process was like but rather what the work process was like. How does a translator translate? What tools do they use? What is the environment?

Well, much like magic the truth is much less exciting than the illusion. You can think of Oz and how there is a man behind the curtain because it is much the same. Behind every translation there’s a translator, or two, or more, and behind the translator there’s the process. 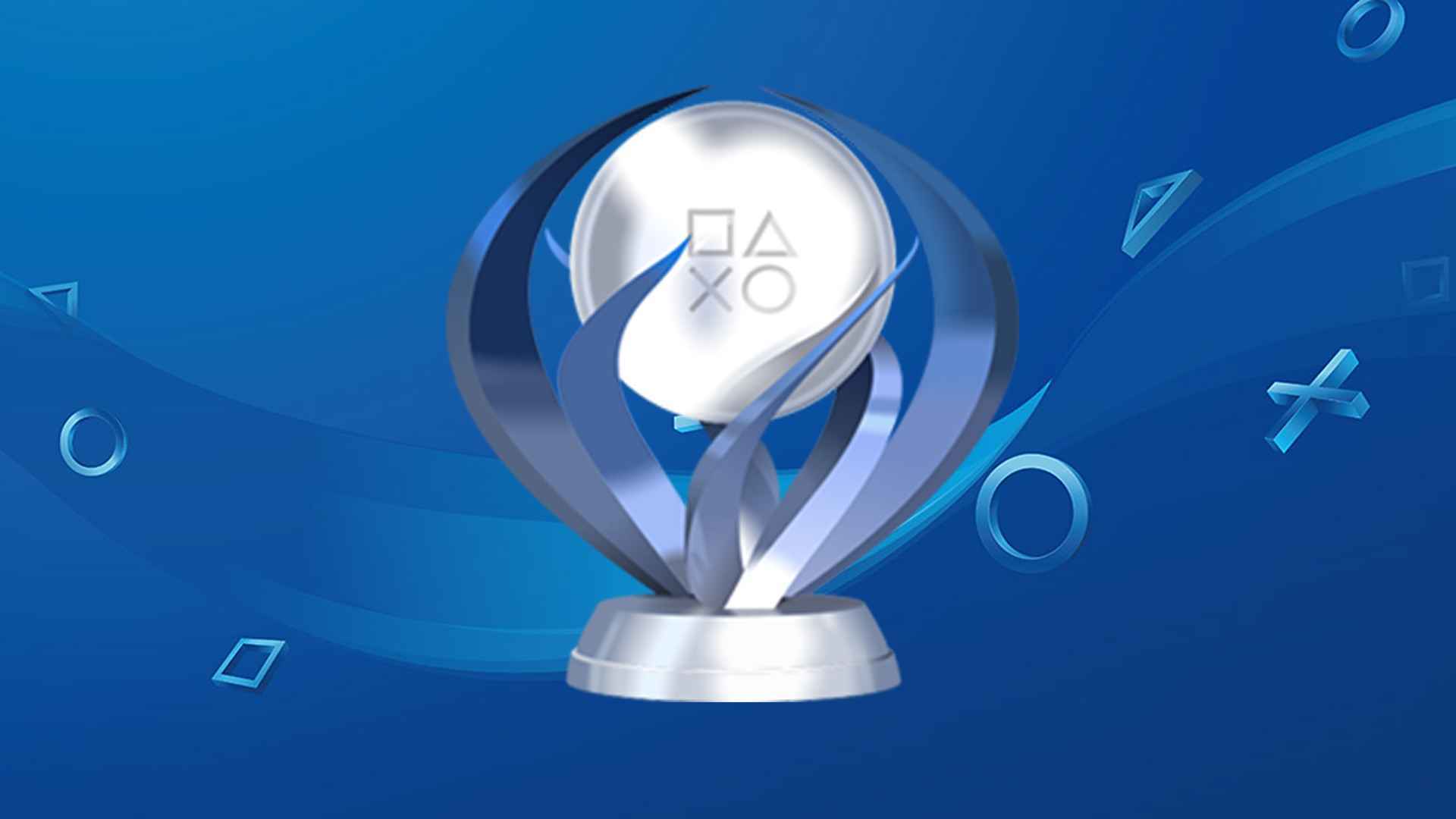 I’m not going to speak for every translator, or even talk about the tools that are standard in the industry. The truth is that everyone has their own way of doing things and although computer assisted translation tools make things much much easier, and we could talk about translation memories and term bases, I’ll just reveal how the environment looks. Why am I doing that? It’s not only because I was asked, more than once and it’ll help kill the curiosity of those who ask. It also allows me to show, once more why context is important. As if I haven’t said that enough.

Looking at a real translation workspace.

Before we can begin analysing the localisation workspace in video games we must ask ourselves, what is the source? This might seem like a weird question to ask, what is the source of the strings you will translate, but it’s a question that will impact how we approach the translation. Perhaps calling it a source is a bit of a misnomer but the real question is who is providing you with the files and what method have they chosen to export them.

At its core, if we are to know what to expect we’ll get a version of the source on the left and the empty cell on the right where we will place our translation. There are different user interfaces in all the different tools, fancier ways to place text or even format it but in most video game translations this is what we’re provided. When I used to do fan translations of games for fun I would painstakingly get every bit of dialogue or description by playing, write it in English on a notepad (physical or digital) and then have those and translate them sentence by sentence side to side. It was a tedious, hard task that surprisingly wasn’t very effective because there was always some text I missed. Most translation doesn’t work like that.

So you get the strings on the left and you aim to translate them on the right.  If you imagine a table with the column on the left having the source and it being empty on the right, such as this:

But whether or not the developers compiled all the strings individually or they just used an automatic process inside the engine they use can dictate a lot. For one when someone is compiling it all for translation they tend to put it in sequential order. The beginning comes first and it follows its logical order until the end is at the bottom. That is, after all how you would tell a story and it makes sense, right? You would not put the beginning at the end and the middle before it unless you’re writing in media res.

When a tool is exporting all the strings of text to be translated it doesn’t care for coherence or organization. Be it alphabetically or by order of edition tools like the Localisation tool in Unreal Engine export everything, without rhyme or reason. Look at a recent example that I’m working on: 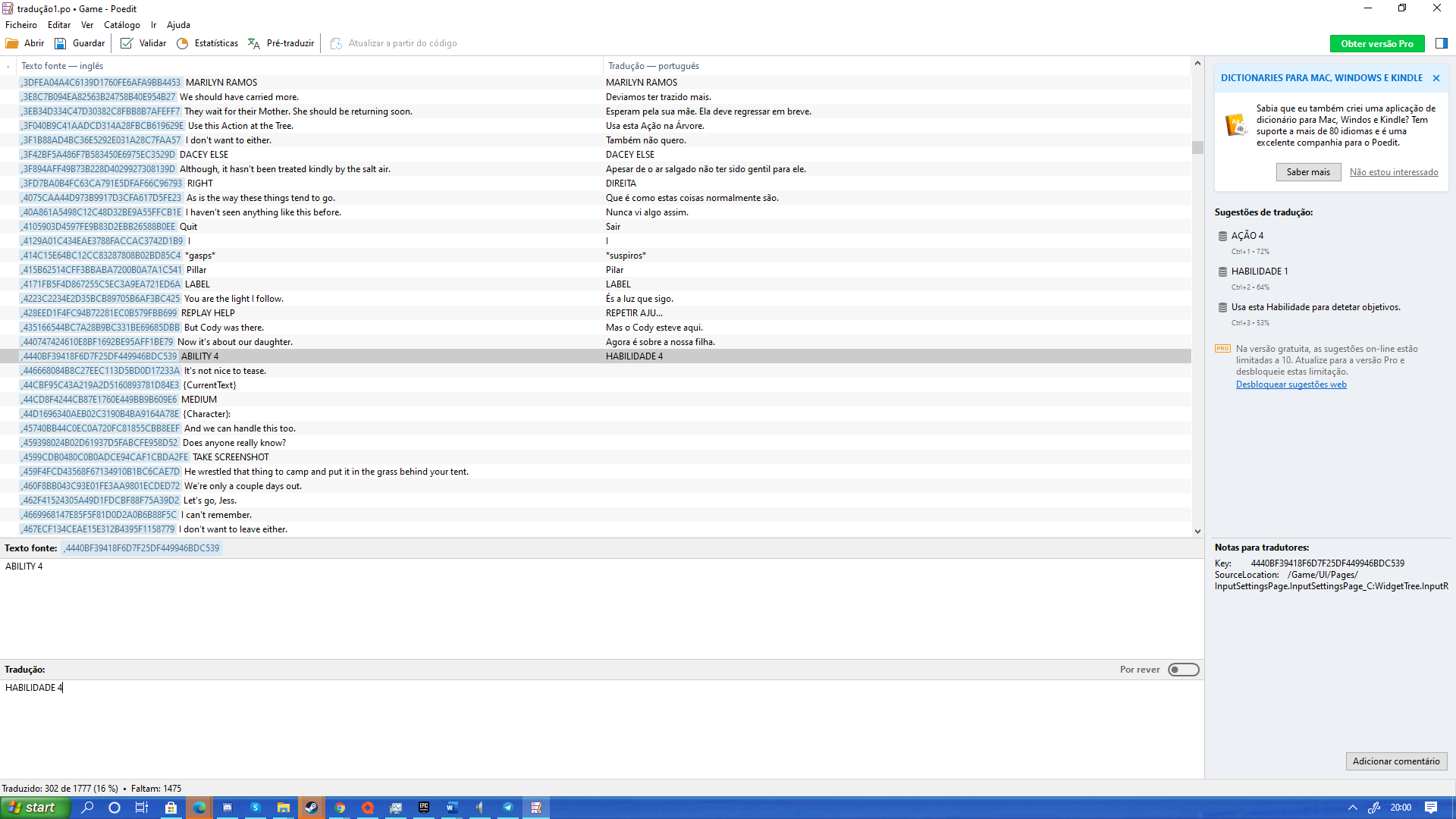 So, without the context of where the dialogue we’re translating ends up on the story we can get a bit confused. Now to be fair there are often times where we can sort of get our bearings. Something like String.Ui.MainMenu will tell you where you can expect to see the text, or dialogue.finalchapter.end could feasibly tell you where exactly in the story you are but that’s very rarely all that clear. No dialogue strings often come in numbers so “1234.string.dialogue” and while you could use that information to sort of piece together the story, imagine you have ten thousand strings and you get a dozen strings a piece and they’re “5552” “1420” “120” “9841”, followed by a set of menu text, then four other random numbers? It’s not worth the time.

So when a tools does an automatic export, with no regards for context or clarity there are a few things that you can do. First of all you can ask the developer for context clues, or a copy of the script. It is a sad reality that a lot of bigger companies will not provide you with images, scripts or even details for fear of leak but I’ve been incredibly fortunate in that most developers I’ve worked with were quick to answer any questions. That was  the case with the developer of this game, who has, more than once provided me with context as well as the script and while I will continue to sing their praises that is unfortunately not as common as my good luck would have you believe. 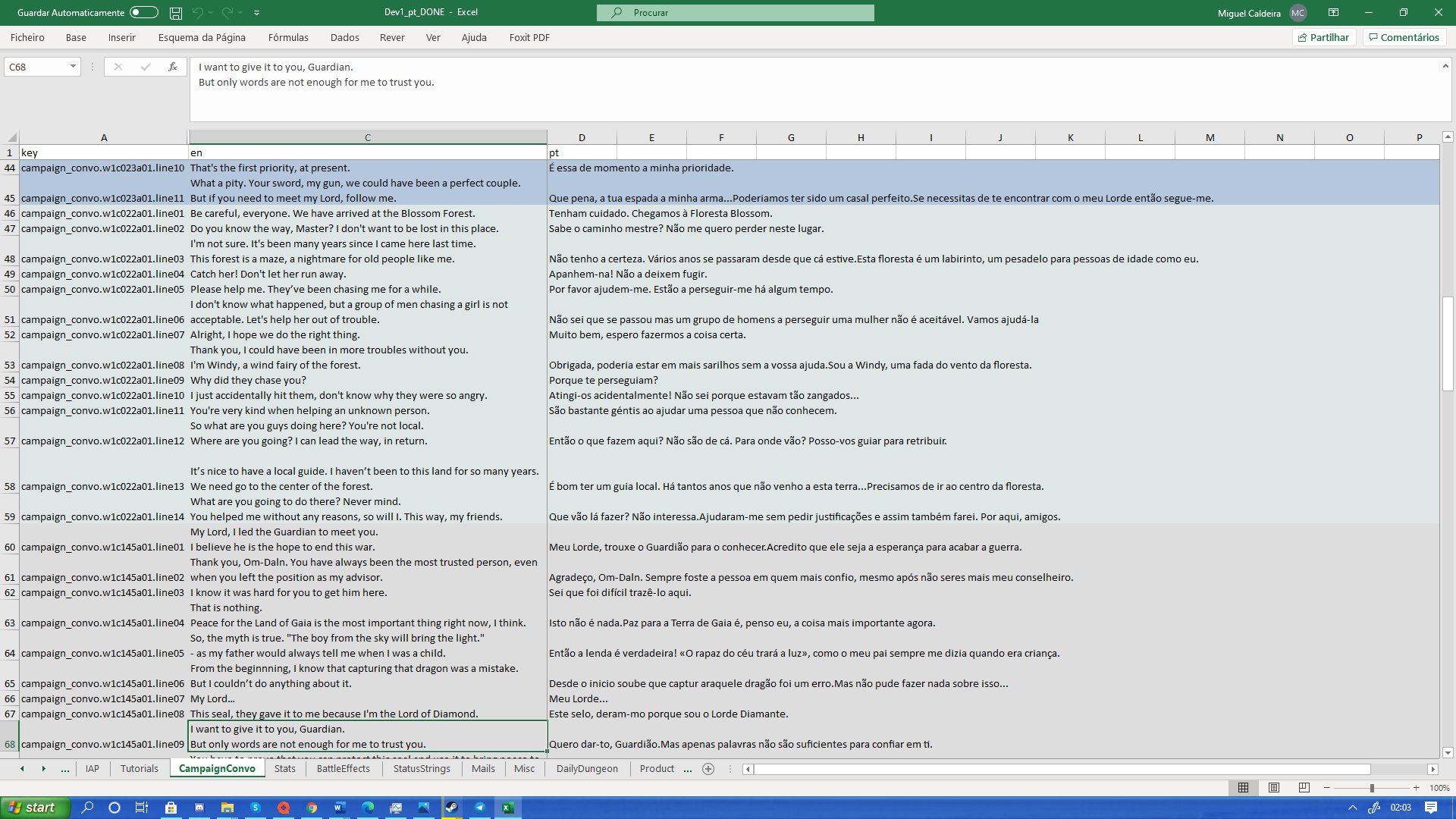 So then a developer compiled all the strings, put them in order, even split them between dialogue, ui, menus etc in different books. Although the unique tool that I’m using to translate PO files might seem fancy and bare, when developers give you the document they often give it to you in an XML file you can open using Excel or Google Sheets.

So you’ve got everything in order and are ready to translate, right? You have your copy of Oxford’s Advanced Learners Dictionary by your side, a ton of experience with video games that provides you with a vague idea of what to expect and the knowledge of what amount of words you’re expected to translate. What else could be needed?

I feel that you already know the answer because of how important I keep repeating it is. Context. To translate is to know context is something that I don’t know if anyone ever made into a catchy sentence but that is so true and so important I would put it in a t-shirt myself. Although there are a million examples I could provide I think that I will use the first topic I ever wrote about, gender as an example.

So you’ve got the source on the left “I have never been so grateful to have you” and you look at how you’re going to translate it.  In our case we can use the word agradecida or agradeciso which mean grateful. Why the variation? Because it varies depending on the gender of the person speaking. But wait, you don’t have a script, this is the first time the character speaks, forgive me if I sound like Professor Oak but are they male, female? Non Binary? What can you do? 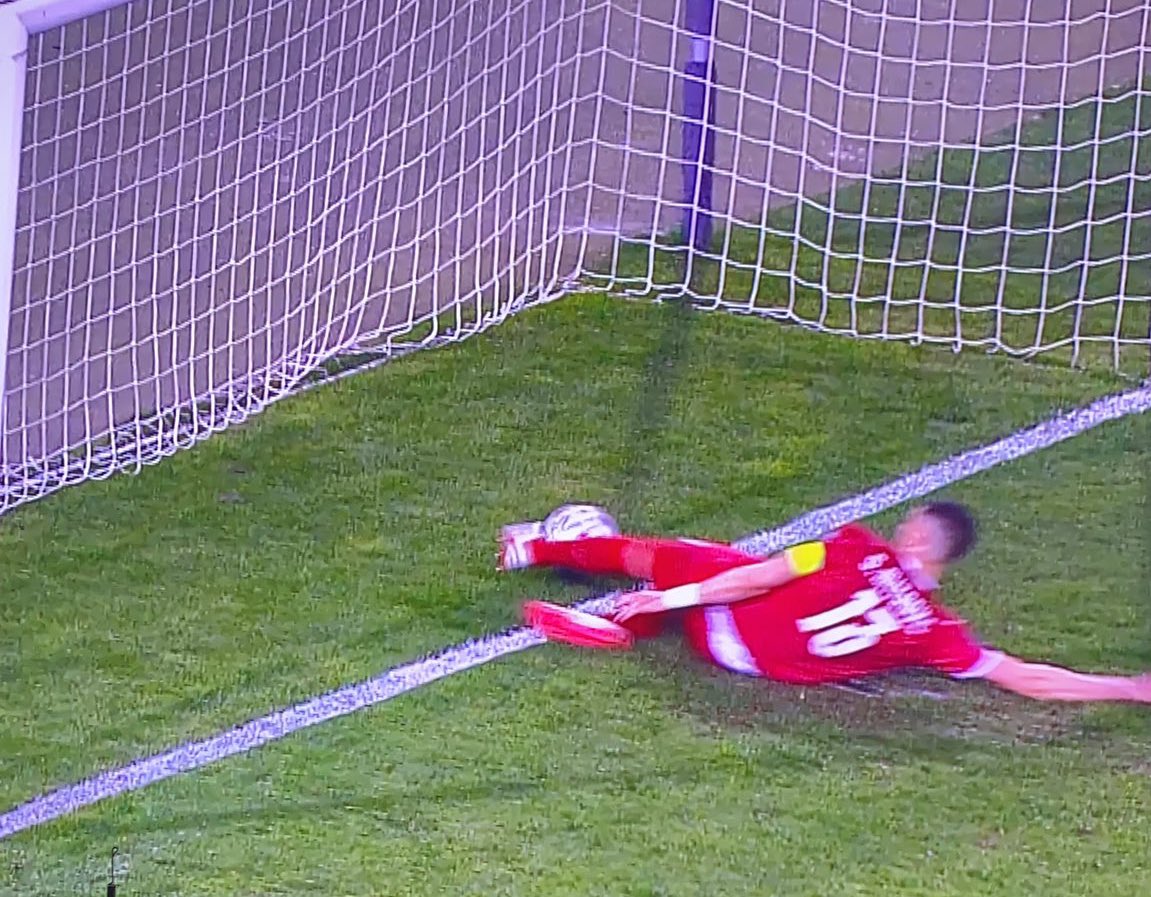 Complain about outrageous moments in football?

In this case you could use another option, and make it into a noun. Maybe something like this “I have never thanked so much for having you” and while a clunky solution that would work. It’s enough to reveal the problem.

So what is the solution? And something that every translator loves when they don’t have a script? Why context of course. Let’s go back to that excel, google sheets or whatever program table that I’ve crudely represented.

Well then the absolute easiest way to solve it is to add a third row, a column just for context where you can input a short description or even paste an image. Observe:

It doesn’t have to be a lot of text, it doesn’t even have to have images or overt descriptions but just having some little line, something like “on the main menu” is often enough.

But although this revealed how a translation is often done, In Excel, or Google Sheets or one of a thousand programs that pick the file and get it ready to translate that probably still doesn’t answer most of your questions. I hope it does provide you with a start though and, at the risk of sounding like a cliffhanger on a particular dire moment of a TV show, hopefully I’ll continue this in the future.

Until then, though, I’ll go back to the translation projects I’m supposed to be working on.