When you looked at the title of this blog post you might have been surprised. Being European it is practically impossible to ignore football but surely bringing up FIFA in a positive context is something I wouldn’t do, right?  Anyone who is even slightly interested in gaming, beyond picking up a controller when visiting friends to play together and ignoring it otherwise knows the jokes about FIFA. It’s the same damn game every time, they just update the rosters. Hell with the existence of Legacy Editions that goes beyond a simple joke, it’s reality. Why would I rush to defend it?

I like to think of myself as a gamer. It goes beyond something I enjoy doing and it has become a big part of my identity. I play everything from Indie Games on Itch.io that are weirdly experimental to Triple A games by companies worth almost as much as their owners. Be it through bundles, sales, or often just buying them used a decade after they were the hot new thing I’ve gotten a collection that numbers in the hundreds if not thousands. It’s as much wish fulfilment, getting to play those games I saw as a child but couldn’t afford, as it’s something that endangers my bank account. Outside of retro consoles that aren’t even plugged in I currently have a Playstation 4, a Nintendo Switch and a Dreamcast sitting near me and that’s before I get into the  more than capable PC I justified the specs of by claiming it would help with work. 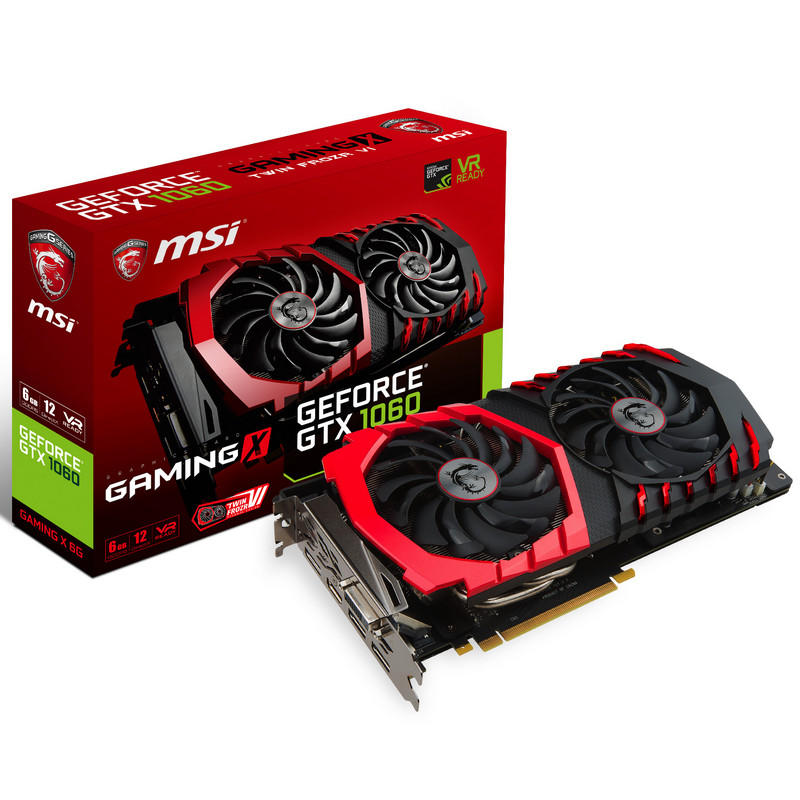 So it’s not even that I lack any other games to play. The situation in my childhood where I only had the same couple of games which I played until their soundtracks got burned into my mind and a strange heavy feeling in my chest comes when I replay them is not at all the current one. No, I went so far as to take the one or two Euro given to me for lunch every single day only to skip lunch so I could get yet another Playstation 2 game for pennies, or perhaps to save up for a new 3ds or Playstation 4 game and that has resulted in a large gaming collection. A collection which has only been added to by the fact I now work so It’s not even a stagnant collection! Though I must buy my own food and pay rent, and so can’t simply “not eat”, I still keep adding to that collection when the price is good

And yet I still play FIFA. On the surface that might seem ridiculous. Why would I play FIFA when I have so many other games I could be enjoying? You don’t need to take a look at my Steam library or at my shelf of Switch games to know that there are better options. Haven’t I heard that FIFA is predatory? Do I not know how they prey on the vulnerable with their Ultimate Team Mode? Above all don’t I realise that it’s pretty much the same game every single time? I know all of that, and it still doesn’t matter. 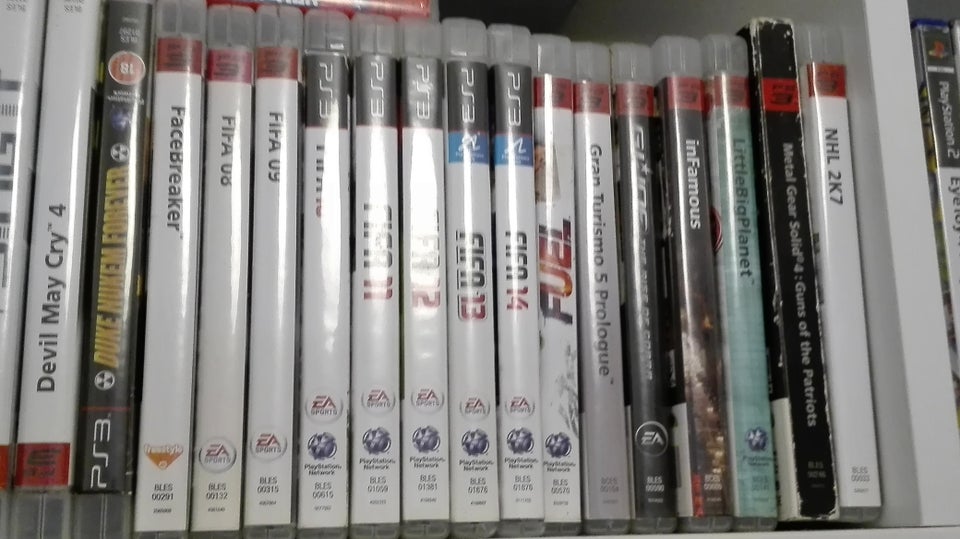 Although I like collecting older versions for literally quarters

I have a brother who I deeply love. Though my relationship with him is often rocky due to divergent political views and the constant misgendering he’s been present in my life from the moment I was born and we have grown quite close. We’re very different however. I’m a shy, quiet bookworm who isn’t very good with people, and only has two or three close friends while my brother is the life of the party. Pretty and charming he had a friend group that provided him plenty of changes to go out, or spend the night while I spent my teenage years in front of a gaming console or a book, and don’t think I have actually “gone out” once in my entire life. We had and still have very little in common, except for one thing, gaming.

My brother, actually half-brother didn’t live with us. I only saw him a couple of times each month each month and as he grew up and became independent I saw him even less. As I said, we were very different people and what interested me rarely interested him so it was in front of a controller that we bonded. One of my earliest memories, one I hold fondly is that of him Playing TMNT: Hyperstone Heist and me being a toddler putting a finger to the Mega Drive’s reset button, only for him to tell me smirking that now I had to hold my finger there so the game wouldn’t reset. Gaming was always the one thing we had in common and, you guessed it FIFA was what we often played.

I hated it at first. Football was not something I watched or enjoyed until fairly recently and so I did not know tactics, squads, or much more than the rules. This was back around 2004-2007, and unlike boys my age I didn’t really know the names of players or anything. I saw it, I think, as something masculine, which I rebelled against. He whooped my ass. Every single time, using teams he knew were strong and players he knew were world class and the only way I could even think to stop him was to tackle his players. I think most of our matches ended up with an automatic 3-0 loss to my side because I got half my team red-carded and couldn’t keep playing.

But you know, things change and people grow up. When we were kids, young teenagers gaming was the thing we both most cared for. I remember my brother telling me about the PS3, or showing me God of War images on some website. Gaming was all we had together and I thought that would never change.

My brother recently turned 30 and although he still games, he is now a gamer. When we were kids I remember us discussing that when we had money we would buy every single game that caught our attention, something which I might have followed to an extreme but that is something he didn’t do. No, my brother finished a degree, got a good paying job, dated, broke up with that girl, dated again and married and he’s now the boring little grown up I never imagined him to be. He’s financially stable, enough so that he recently bought a house but gaming is not something he talks about often anymore.

My brother was the one that showed me cheat codes he had gotten off the internet, or a weird trick in an old game he was skilled enough to pull unlike me. He was the one that got me gaming magazines and introduced me to several video games. He talked about Playstation exclusives, and had the new version of FIFA every year, and I thought that would never change. 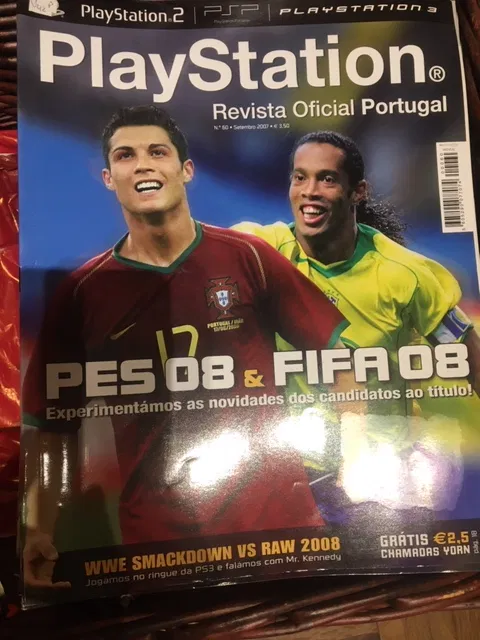 My brother grew up. In many ways he’s more mature than our father ever was and he’s got his head screwed on straight. He’s no longer the teenager that saw me playing a windows 98 demo of Half Life in 2009 and that, though I was merely a tween got me the original Half-life as well Opposing Force and Blue Shift on disc. He’s still the cool older brother, who gave me his PS3 and games, or gifts me Swich Online Memberships but his gifts to my younger sister who is 8 are much now more sensible.

And FIFA, it remains pretty much the only trace of his passion for gaming. He’s got Shadow of Mordor and GTA V on his PS4 and his active Ps Plus subscription gives him access to hundreds more games but still, FIFA is all he pretty much plays.

He doesn’t have time for a hundred hours long games, or long afternoon long sessions anymore. No, the time he reserves for gaming are those little pockets of time, when dinner’s cooking in the oven and he’s got 20 minutes, or when he’s getting ready for bed. Little bits of stolen time where he puts in the disc of the latest version of FIFA, goes online and plays a match or two. He’s got a wife he dearly loves, and a job that drains his energy and so his days off are spent with her or with family, not perched over a screen.

And through it all – between Gaming and Dragon Ball, that’s the thing that I still use to connect with him. It’s not that I don’t know that FIFA is predatory, or that there are barely any changes – enough that you probably wouldn’t notice if you don’t get every new version and play them for a few hundred hours. But It’s still the one thing we can agree on.

And sure, sometimes we go out, catch an anime movie on the big screen or have lunch together 3 or 4 times a year. But it’s infinitively easier to play a match or two online, him at his own home, me in my rented room. Be on a call together and trash talk one another while playing. 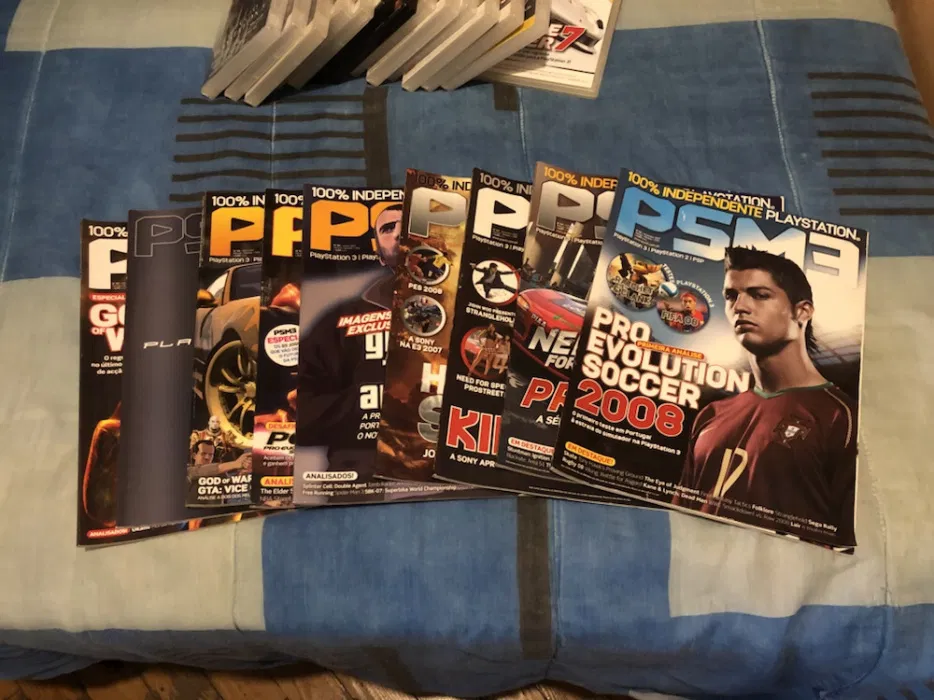 Seriously, we all age one way or another. I’m from a time where gaming magazines were still a thing!

I enjoy FIFA, I won’t lie, not quite to the extent he does but I put a couple dozen hours on every yearly version in single player. To me, however the real reason I keep buying the same game with a different number, the real reason I’m to be considered an idiot is because it allows me to spend time with my brother.

And more than our arguments, and more than me trying to ignore how both him and my entirely family misgender me, sometimes it’s all about the football, and focusing on putting more goals in than he does. Sometimes, rather than focusing on me, or him, it’s easier to focus on the game. You could even say that It’s in the Game.

That was terrible, but the sentiment still stands. It’s not about not knowing very little changes, at least not for me. And if that means I’m to be considered an idiot, along with the millions who buy the game each year making it the top selling game in places like the UK, then so be it.