It’s the holidays as I’m writing this. Though that might not be the case while you are reading this, and in fact my attempts at evoking hot chocolate in a very picturesque Hollywood like interpretation of Christmas may fail as as you might celebrate Christmas in the Southern Hemisphere or be reading this In August the fact that it’s the holiday always affects my mood. They got it all, family, good food and of course Twitter fights.

Yes, Twitter fights. As my family exchanged gifts and the kids ran and jumped while they played my attention was not on the television that, as is Portuguese channel tradition played Home Alone as it has on Christmas eve for over 15 years and it wasn’t focused on the dessert I had made and which I had earlier repeatedly bothered people to try; No, instead it was on my phone, an E-book opened as I awaited for the clock to strike midnight so that presents could be ripped open. There were better things to be doing but as someone with ASD I couldn’t exactly take my earbuds off as my younger sister and her cousins playing would be an issue.  So I read books and, more out reflex than anything I opened Twitter every couple minutes to see if anything new had been posted by people I followed.

It was mostly holiday well wishes if I’m being honest. I’ve started this blog post in December of 2021 and returning to it in January two weeks past I find myself questioning what it was that I wanted to write about. Oh I’ve got a general idea of what it was that I was going to write but the truth is that somewhere along the way, as hardship approached and it became ever so clear depression was winning what I was going to write about, the pervasive effects of domesticating foreign expressions into a language just sort of turned into a personal blog. That is to say, the name of the blog is Talking-Translation and although I am a firm believer that the person – the woman I am – has to shine through every post the four hundred or so words of preamble are more something one has to stumble through, and perhaps ignore when trying to read about translation concepts than something of genuine interest. Me not making sense aside Twitter fights as a subject serves to highlight exactly what I mean. 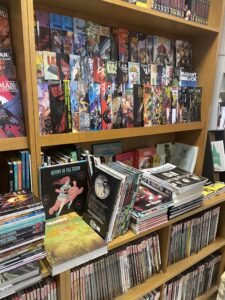 I’m sure that there is an academical name for it. I’m sure that, amidst all the areas of Linguistics as field of study someone has come across and named it and yet I find that explaining what I mean rather than referring to a term might be a better way of getting you, the reader to understand what I’m talking about.

There are words that are borrowed verbatim into other languages. Much the same way as I used to borrow money from my mum in that it was less borrowing and more given.  Those words that arise from two culture interacting are plentiful; Be it from French, Spanish or, more recently from English we have a variety of such words in Portuguese. Penalty which is something England cannot seem to score when it matters, Papparazi which are something I’m not yet quite famous enough to attract or e-mail which, as someone with experience in Project Management I answer quite fast. Those words come to us naturally, to design new concepts or concepts that are foreign to our culture at the time we first encountered them.

Then there are words which clearly have their beginning in a foreign word but they’re adapted (sometimes somewhat poorly) into another language using that language’s structure and rules of grammar. Computador  which, even if you don’t speak Portuguese you can guess to come from computer, surfer which is the verb for Surfing, and comes from the word surf or even café, which derives, a few centuries removed from  the arab quahwaand can just as easily be guessed as coffee.

Such a process of language evolution is common, expected and there’s nothing wrong with it.  I was recently at a coffee shop with a friend of mine and she insisted in calling me bestie which, I was later told is a common word used by young people this day. More than demonstrating that I am not exactly social as I was unaware of that word choice however it demonstrates a pattern, did I not refer to my friends seven or eight years ago as my people? Yes, that word “as minhas peoples”. It is also not something that the English language is immune to, as can be observed by the number of cookbooks I perused which said to cook Al Dente or the songs I hear where people get driven in a limo(usine).

It’s such a common occurrence that we don’t think twice about it; After all it’s only the natural evolution of language as spoken by its speakers, right? But what if English (or any other language) were to induce us in error? What if you heard an expression so often in English or any other language you speak it seeps into your vocabulary?

And it’s exactly at this point that I bring up Twitter fights. Arguing on Twitter, reading the latest drama or looking at what people are mad about I often come across some rather…interesting language. When I call it interesting, I don’t mean that it’s colourful, though swears aren’t exactly uncommon but I mean that in being a representation of a lower registry, the language spoken by people on the streets and with their friends it allows us to notice when those other languages seep into our language. 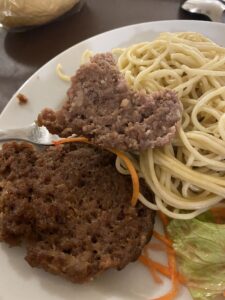 When I mention that they seep into our language I don’t mean that we start sentences in another language or even that we switch into them halfway through although that is something I am guilty of myself; No, what I mean is that we take words we hear very often, try to convert them halfway into Portuguese and we use them. Case in point dobrar.

This is an interesting example because the verb dobrar already exists. It means “to bend” and isn’t a particularly obscure verb. It’s common enough you can use it once or twice a week and not think anything of it. You fold napkins, you bend pipes, you walk around the corner, all those examples can be used with the verb dobrar. However, when I see it in Twitter fights that is often not the use it’s been given.

No, when people say they will “dobrar” they don’t mean they will bend it or fold it, they don’t even use dobrar as the second verb it represents, to dub but what they mean is to double something up. Turning one dollar into two, in other words, or doubling the chances of people abandoning this text because I’m 400 words in and I haven’t yet started the topic, you get the point.

The interesting thing is there is already a Portuguese word that clearly defines the concept and can serve as a verb, duplicar. It’s a verb that also exists in English, most often in the form of an adjective. To duplicate something is to make a copy of something, and although that is also a potential use in Portuguese it is much more common to see it be used to mean you doubled something. You can see where the confusion sterns from, right? To make a copy of something is to turn one object into two, hence to double it.

And that’s the interesting bit, the verb duplicar has the same origins in Portuguese and English (which got it from French), that is to say it derives from Latin. There was already a word in use and yet, purely from exposure to English in all our media, somehow a different (still unrecognised) form of the verb Double emerged. To make matters even more confusing the word double (as in a stunt double, or someone to cover for you in movies) already had a Portuguese form, which took in from duplicar, it being duplo.

To make it somewhat more confusing, mathematics has adopted the words a dobrar to mean “to the power of two”.  So in that very specific context dois a dobrar means 4, which is double two. 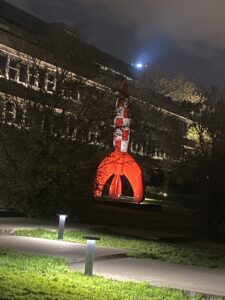 You can’t duplicate my wonder at arriving at the park I visit everyday only to see Tintin’s moon rocket there. You can however Double bet I went for photos!

But how does that affect translation? It has to do, as many things in translation have to do with register. Sure dobrar is fine if you’re on Twitter or if you’re translating a character just talking with their friends. Even with children no one uses duplicar in a sentence when they’re 5 or 6. It’s an appropriate translation if you’re trying to capture that day to day slice of life language even if it might not be recognised yet to have that meaning in many Portuguese dictionaries.

But in technical documents? Legal documents that have huge impact on the life or assets of someone, medical journals that announce the latest discovery or instructions to properly set up a network? Accuracy is important. And although it is likely that if you were to use dobrar in the sense ofdoubling someone’s debt, or doubling internet speed it would still be deemed inappropriate. And although I may not speak formal, academic Portuguese all the time, and I might even engage in that colorful language from time to time there is a time and a place for everything. And if you double on your own curves, well…you might end up just where you started.