I feel I must start this post by promising as few spoilers as possible. When one deals with the latest Marvel movie, or a highly anticipated release to hold oneself to relative silence is not only the polite thing to do but also a good way to avoid getting murdered, or worse (to quote my inner Hermione), banned from online spaces. So yes though I will talk about the very recently released trailer to the newest Spider-man movie at the time of writing this it is my hope that you can read the entirety of the blog post without getting any story beats, plot threats or twist characters revealed to you.

My mind operates in a strange manner. It can go months without motivation to write, or even to think about translation theory only for something to catch its attention and to get it running. Despite my degree where I study translation daily all the while complaining about linguistics there wasn’t really a topic that had caught my eye enough to write about it, then the trailer for No way Home dropped and I literally couldn’t focus on anything else until I wrote about it, my translations half finished, my studies ignored.

I’ve talked before about the particular challenges of subtitling, how you only get so much space and how, with visible your work is, everyone who speaks the language the original vide audio is thinks that they know better and can pinpoint exactly what you did wrong. It’s a thankless job that puts you at the forefront for criticism and, I am to admit, one that has lost its shine as I came to perform it. It sounds cool right? You get to watch the latest blockbusters or tv shows early and the fact you’re often actually credited makes it sound even better. Though of course held by NDA so you can’t exactly tell your friends you’re working on that new Star wars movie or that new Star trek tv show you still get to know before everyone else. I can totally see the appeal, and I once pushed myself in that direction, to become someone who does subs despite the crappy pay and the tight deadlines.

But then you get the hard questions and the unique wordplay that leaves you scratching your head. Translating, at least for me is all about flow, and when you get into a rhythm where you translate thousands of words in ten minutes there is nothing that can compare but spending 15 minutes agonizing over a simple word is something that is just as common. Spending hours researching on google for a term, often not technical, or asking your network of translator friends or just people who know your language what they think, being as vague as you can to not run afoul of your NDA is just part of the job. It might even be that you know what it means, and how to put it, but you don’t know if it sounds right.

So let me ask, what do you know about Scooby-Doo? 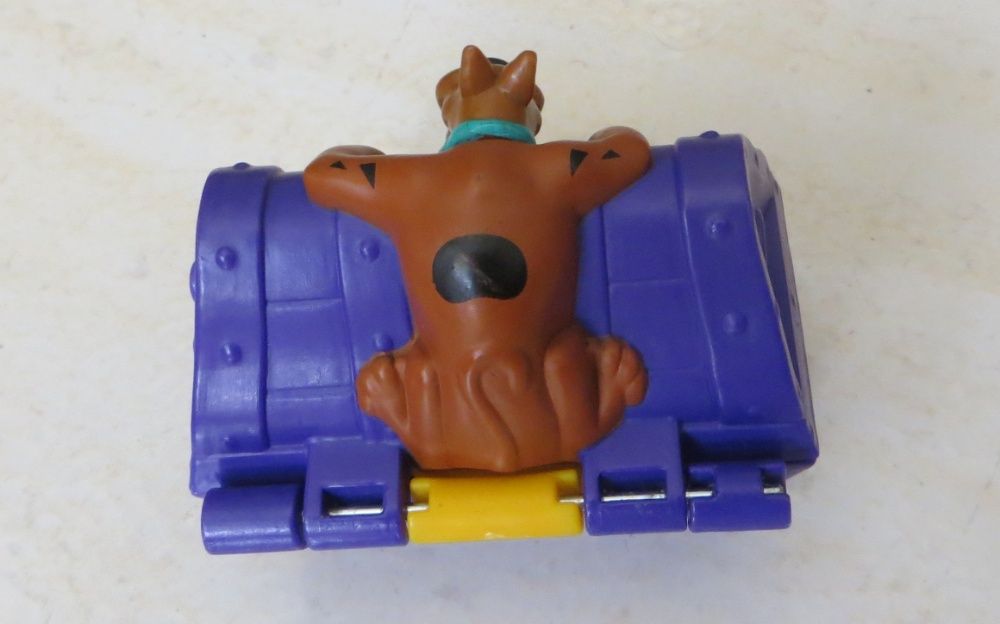 They made Mcdonalds’ toys out of it?

Scooby-doo occupies a strange place in my head in that I never really sat down to watch the cartoons, none of the half a dozen made since the 1960s or paid much attention to the movies when they were on in the background and yet I can probably tell you the name of the characters, their dynamics and what they do. Memes about Ultra Instinct Shaggy (which seem all the more topical given recent game announcements) aside, I can tell you about the Dapper Fred who is well dressed, the airheaded (but pretty) Daphne and the nerdy Velma. I can talk to you about Scooby-snacks and just from exposition through pop culture I know that Scooby is a brown dog. I know the premise too, a group of friends go around solving mysteries, and usually the “supernatural threats” they encounter are guys in a mask.  And that, I find is something interesting.

Now think about it. It varies by culture and country of course but there are characters and scenes so referenced in pop culture that you can pretty much know them without ever having directly interacted with the media they’re from. Think of the Scarlett Pimpernel for example, how many people have read the books where he features? I haven’t asked around but I’m sure if I had not many would have read the books and yet the red cape and sword, the likes of which inspired Zorro and, later, Batman are iconic. Think of Star Wars, and how, even if you never sat down to watch a movie you probably know what a Jedi is and that a lightsaber can cut through most anything. These Pop Culture icons, those references we pick up on even if we don’t know the original are interesting because they serve as useful tools in writing. It’s been done for centuries too, if you call a character “A full on King Arthur” you are calling them brave, and if you’re referencing “Robin Hood” you’re likely calling them crafty and noble. They’re shortcuts, yes, but shortcuts that are highly effective if used well. However there’s a problem…

Imagine you’re an American, and I am subtitling a Portuguese scene from a movie into English. Imagine then that the characters make mention of a fairly popular Portuguese book character, be it from the 19th century or something more recent. How likely would you be to get the reference?

Character:
You’re a real Carlos da Maia, you know that?

Now, Carlos da Maia is a fairly well known book character in Portugal because he comes from a book that’s mandatory reading in high school. The reference works in Portugal, as it’s uttered on a Portuguese tv show airing in Portuguese but how well does it translate into other languages? How do you know what it means?

Now, there are a couple options here. You can substitute the reference for something more familiar to an English audience, while maintaining the meaning. For example as Carlos da Maia is a rich smug aristrocat with no notion of what poverty is you could feasibly say something like this:

Character:
You truly are a Malfoy, you know?

Harry Potter being, despite my own hesitancy to bring it up such a well established reference that the meaning would be clear. Alternatively you could remove the reference to a character.

Character:
You really have no idea of what it’s like to be poor, do you?

Character:
You really are a rich bastard, you know?

Which leads me to this. In the newest trailer for No way Home one of the characters make a reference to “Please Scooby-do this crap”. If you know what the Scooby Gang does, that is, solve mysteries and find clues, you can very well tell from context (which, with spoilers in mind I won’t share) what the characters are being told to do. Go investigate. However what if you don’t know what Scooby-do is, or it’s not such a well known reference as to click on your mind?

And it’s here I found it of particular interest to compare and contrast what different languages translated that line as. Did they Keep the reference to Scooby-Doo? Did they just explain it away? Let’s see 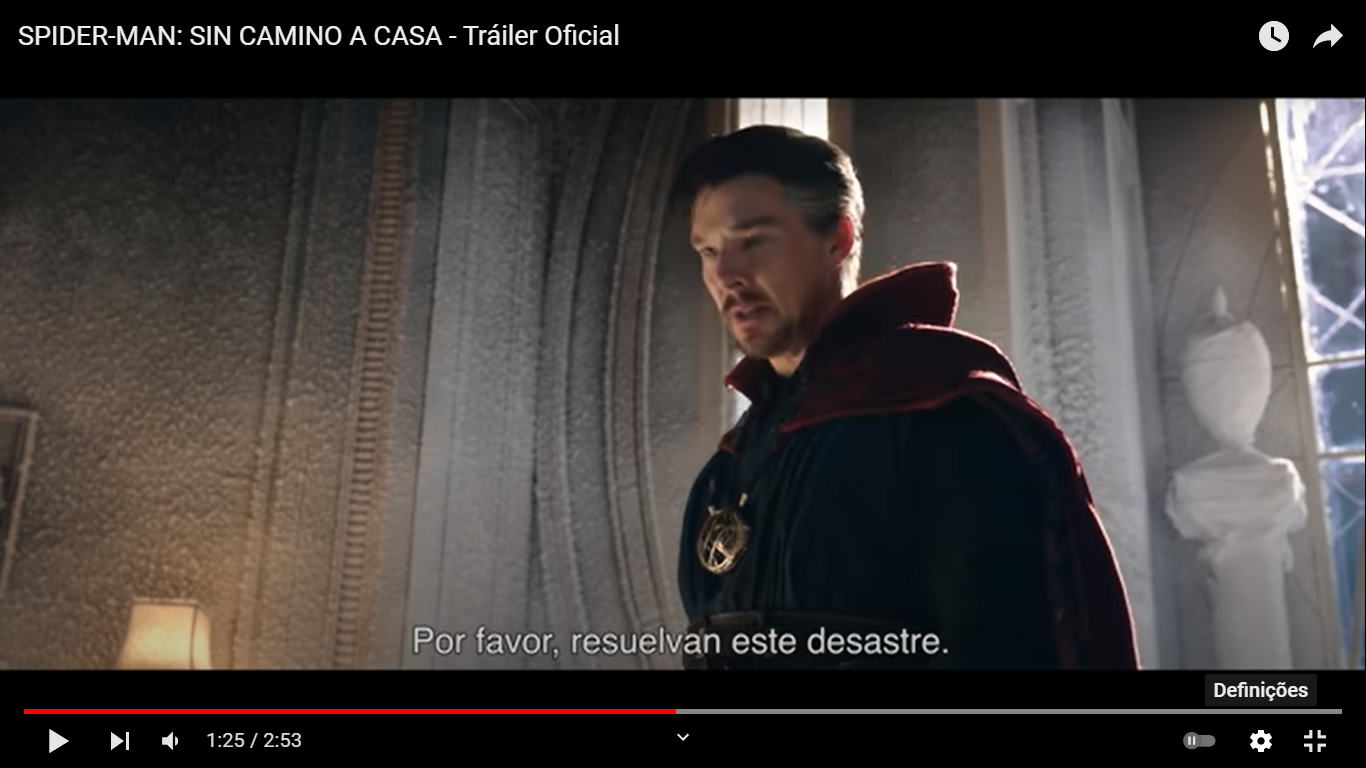 Starting with the Latin American version of the trailer we can see the reference being completely scrubbed and replaced with a rather generic. “So please fix this mess/disaster”. Now, as far as intended meanings go, and I risk a great deal using words such as meaning in this manner it’s not a bad choice. Sure it is a personal interpretation of the translator, as all subtitling is but lost reference aside it still conveys the message.

The Brasilian subtitled version however keeps the reference to Scooby-Doo, expanding on it in some ways. A quite literal translation of the sentence would actually be “So do a Scooby-Doo”; which, far more than referencing the general premise, seems to imply there is something to be or do a Scooby-Doo. 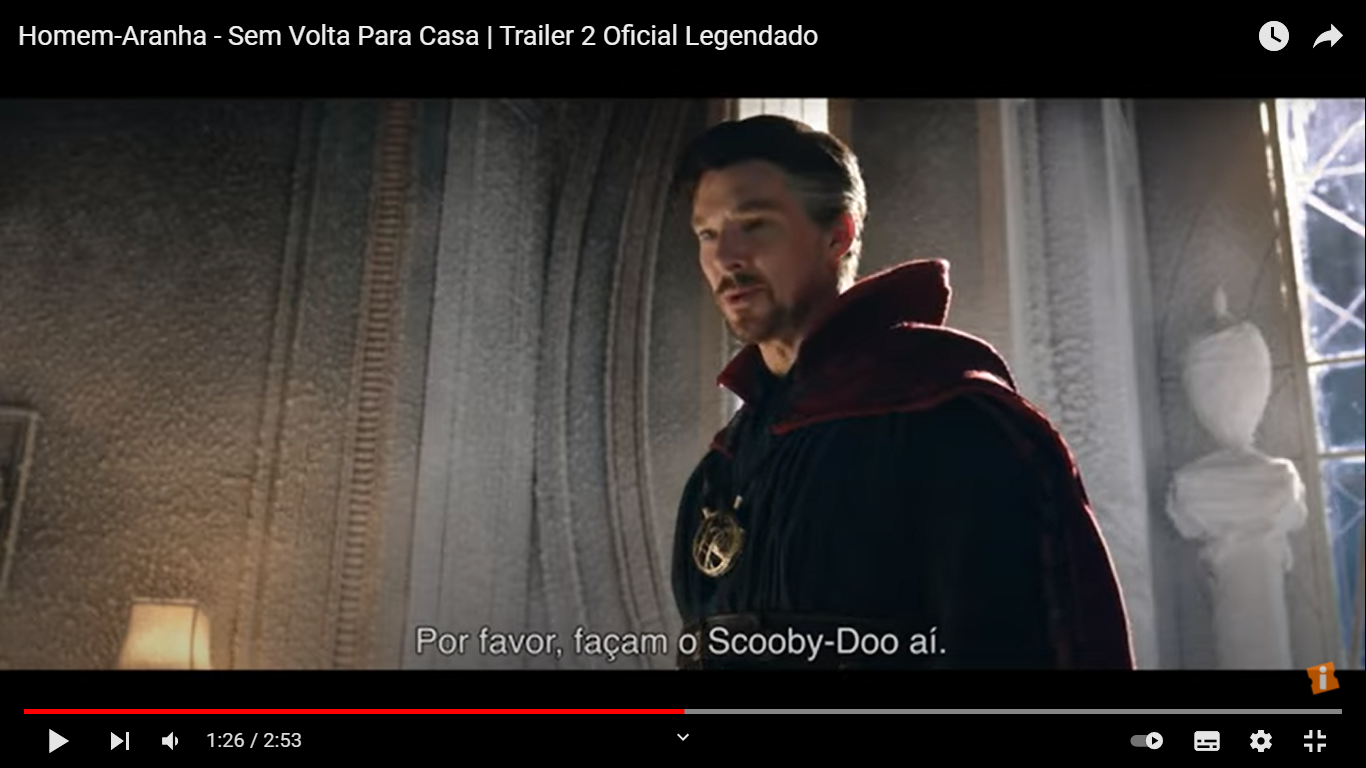 Now this is a double edged sword, first because anyone who doesn’t know who Scoobdy-Doo is will likely not get the reference even if they get the general idea of “go fix this”, and second because the particular wording sounds a bit confusing. Scooby-Doo is the name of the media franchise, yes, but it’s also the name of the dog (well Scooby is), when the character tells them to do a Scooby-do is he referring to the whole premise, “go solve the mistery”?  It is a question that won’t pass through the mind of anyone who knows what Scooby-Doo is but if you’re out of the loop what passes through your mind?

Of course, as I keep saying with translation there isn’t one right or one wrong answer, and both options are just that, choices. Although I have yet to see the trailer airing in Portugal, because I don’t go to the cinema all that often and haven’t been watching TV it’s perfectly possible that a third option was taken, or even none. The French version, for example, builds on an earlier line of dialogue, and completely rewrites the sentence, placing emphasis on something else. There’s much to be said about how “Scooby-doo this crap” sounds infinitively harsher than “Please, fix this mess”, and how that crap might convey a lot of things, from panic, to stress, to how the character of Dr. Strange maintains a sort of informal attitude despite his role.

Mostly however, and limiting myself to the single line so as to avoid spoilers it does do something else though. You see whoever subtitles the trailer often doesn’t subtitle the full movie, which makes sense if you think about it. Trailers are done by marketing people, who deal with different translators than those who localize dub or subtitle a movie. What it does do, however is give me an excuse to watch the movie, so as to see how the line is subtitled.

And any excuse to go to the movies is a good one.